A touchscreen does not an iPhone make

Gadget geeks love spec sheets. When the iphone was first released, many gadgeteers sneered at the device, no GPS? Insanse! No video? Crippled! No removable battery? Scandalous! 2MP camera? What a piece of crap!

When I first got the iPhone, and being of a technological bent, friends and acquaintances would ask me about the iPhone's 'revolutionary innovations'. Surprising many, I would say that there was little technically new or innovative with the iPhone. There were devices with touchscreens, browsers, email, etc... long before the iPhone. Even interface gestures were a very old area of research.

What Apple did that was innovative was approaching the mobile device from a completely different perspective. Instead of a phone that happened to be able to do some computing-like tasks, they came at it from the approach of a pocket computer that also happened to make phone calls. This sounds like a trivial distinction but it makes a big difference.

The touchscreen is not a bullet on a spec sheet. The touchscreen is a an expression of this philosophical approach to the mobile experience. It allows you to 'paint' any interface you want onto the device and allows you to iterate that design over time. This is exactly analogous to the development of the GUI, software based buttons and interfaces allows much greater flexibility than anything hardware based. 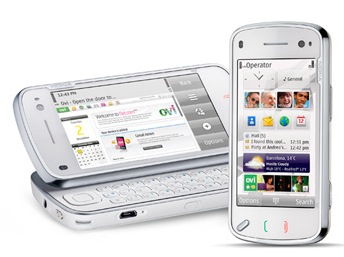 I've seen some of the coverage by tech bloggers, including Scoble, about the Nokia N97 device and I hold to my position that this marks a failure for Nokia. To be fair, the specs and the design of the device are actually quite impressive. I think Nokia has done an excellent engineering job with this device. Looking at videos and its capabilities, it's quite sexy. The problem is that it reflects the same philosophical approach to product development that the mobile industry has had for years. The touchscreen feels like a tick-mark on a spec sheet and not an embodiment of a different approach.

Both the blackberry storm, and this new Nokia seem to have this same problem. If they can somehow just bolt on a touchscreen onto their existing OS/device, they'll not only have feature parity with an iPhone but exceed it on every count. Unfortunately, that's not why the iPhone is great, a touchscreen does not an iPhone make.