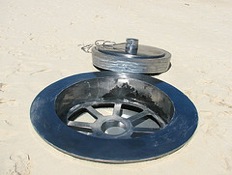 I'm puzzled by the clamoring for unrestricted Twitter API access. Not that people are upset, but that no one seems to ask 'why?' and immediately assumes they're performing some kind of stupid, suicidal maneuver. Twitter enabled access to their underlying data with no guarantees and no prearranged relationship. I can't help but feel that this is part of the climate of free entitlement that permeates our current startup business environment.

Yes, yes, I know there are whispered, rumored, brilliant-as-the-sun, business plans, just waiting to be unleashed on the Twitter faithful. Until we see the plan and that plan starts to actually generate revenue, we're left with a question of incentives.

Without a clear revenue stream, it's damn near impossible to determine what's behind this decision. There is a fundamental problem with the current state of Twitter tools and API usage, are the third party incentives aligned with Twitter's? Before there was synergy because Twitter was doing all it could to grow, and unrestricted access enabled growth. Does it still make sense for Twitter to sacrifice everything for growth? Monetizing their offering, by it's nature, is a diversion of resources from pure growth. I'd wager that there is increasing pressure to monetize what they have now. Growth without a business plan eventually just become a cost sink.

I hear the rebuttal, "But, but, twitter refuses to even charge money for unrestricted access!", and you are you surprised by this? How much revenue do you think they could generate that way? What's the cost in time and energy to support this new batch of elite-member third parties? A startup is all about using your energy wisely. Building a robust, scalable, meter-able, API infrastructure is obviously not what they've decided to focus on.

It sucks, even though Twitter would not be as successful today if it weren't for the third party tools and applications, nothing is preventing them from turning them all off tomorrow. Twitter is a for profit enterprise that is holding all the power in these third party relationships. Any Twitter tool or third party application based on Twitter should have factored the risk that Twitter could pull the plug on the API at any moment into their venture. Twitter is under no obligation to provide access. If it's not in their interest to do so, no amount complaining is going to change that.

The calls that say Twitter will die if they don't allow unrestricted access to their API are, frankly, bullshit. The argument goes, all these advanced and cool Twitter tools will die without unrestricted access. People will get so annoyed they'll move to another service.

Really? What people? What percentage of Twitter's userbase even knows that these tools exist? Watch the public timeline for a while, how many of those people are Twitter power users? If these hypothetical power user people suddenly stopped using Twitter, do you think it's going to make any significant dent in Twitter's growth curve, a curve they're currently in the exponential part of?

These predictions of doom are similar to what happened a few months back. Why didn't the mass exodus occur when Twitter was essentially broken? The Twitter power users tried to stage a coup, with blog post after blog post proclaiming the death of Twitter. Why didn't Twitter die when there were dozens of technically superior offerings that accomplished exactly the same thing and were actually usable when Twitter was consistently borked?

These power users may leave for a while in protest, but ultimately they will come back. Why? Because their audience will still be on Twitter.

Is it in Twitter's best interest to allow others unfettered and unrestricted access to their data? Who knows. Twitter clearly doesn't think so. Until we know what Twitter's incentives are and how they plan to make money, we have no idea if this was a stupid or brilliant move. If the historical track record on predicting Twitter's demise is any indicator, I think people will once again be surprised.

One things for certain, from a business perspective, they don't owe anyone access.