The Grazr widget will stop functioning

Note: I have not been a part of day-to-day operations at Grazr.corp for over a year now and am not speaking for the company in any way. 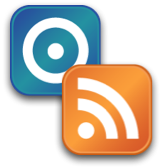 Even though I'm no longer with the company, I've been asked by several people now what's happening with Grazr. Sadly, Grazr.com is currently in the process of shutting down. Grazr the company has no official blog anymore so I've decided to write about the news. The truth is Grazr and the Grazr Widget have not been a focus of the company for a long time and it appears that the company can no longer justify the expense of keeping it running. Even with the low costs of servers and hosting these days, it still costs something to keep the service up, fast, and reliable.

Now, as the original author of the Grazr widget, to say this makes me sad is an understatement. I've toyed with the idea of writing a new service + widget, one that performs many of the same functions of the original Grazr widget, but I decided for various reasons it wasn't right for me to do it. Now that the company has officially decided to shut down Grazr and the widget, it's gotten me thinking about putting something together again, primarily as a side hobby.

I know a common response will likely be "advertising", but advertising is a trickier business model than most people realize. Even if I were to pursue an advertising model, starting this new service from scratch I can't afford to pay the initial ramp up period before that kind of business model could potentially become sustainable.

More than likely, this will mark the end of the "super" RSS/OPML widget. I don't think anyone has really tapped into the deep potential in the combination of OPML and RSS. The nature of this kind of service requires a large free base, and I'm not convinced people feel they get enough value from it that they'd be willing to support / pay. It's sad, but it may just be time for me to keep moving forward with my other projects and wish Grazr.com and the widget a fond farewell.